How to find the University of Graz 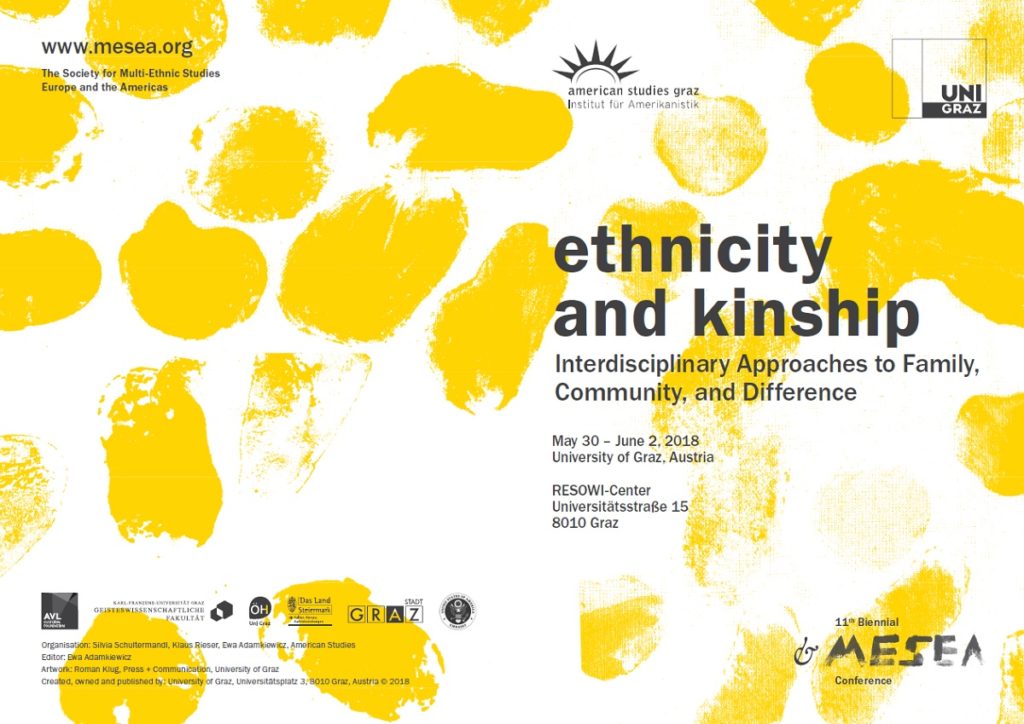 April 15 is the final registration deadline for presenters
A charge of 35 EUR will be levied on any reimbursements for cancellations
No reimbursements will be possible after May 1, 2018
Extra fee for late registration (after April 15; only non-presenters are allowed to register late): 20 euros 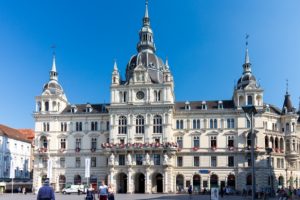 Sponsored by the Mayor of the City of Graz, free but registration is required
Register here

David L. Eng, University of Pennsylvania, Department of English: David Eng is Richard L. Fisher Professor of English as well as Graduate Chair of the English Department. He is also Professor in the Program in Asian American Studies, the Program in Comparative Literature & Literary Theory, and the Program in Gender, Sexuality & Women’s Studies. After receiving his B.A. in English from Columbia University and his Ph.D. in comparative literature from the University of California at Berkeley, he taught at Columbia and Rutgers before joining Penn in 2007. Eng has held visiting professorships at the University of Bergen (Norway), King’s College London, Harvard University, and the University of Hong Kong. He is the recipient of research fellowships from the Institute for Advanced Study in Princeton, the Helsinki Collegium for Advanced Studies, and the Mellon Foundation, among others. His areas of specialization include American literature, Asian American studies, Asian diaspora, critical race theory, psychoanalysis, queer studies, gender studies, and visual culture. Eng is author of The Feeling of Kinship: Queer Liberalism and the Racialization of Intimacy (Duke, 2010) and Racial Castration: Managing Masculinity in Asian America (Duke, 2001). He is co-editor with David Kazanjian of Loss: The Politics of Mourning (California, 2003) and with Alice Y. Hom of Q & A: Queer in Asian America (Temple, 1998, winner of a Lambda Literary Award and Association of Asian American Studies Book Award).

Daniela Berghahn, UCL Royal Holloway, Media Arts Department: Daniela Berghahn was awarded an AHRC Fellowship to conduct a research project on “The Diasporic Family in Cinema.” She is Professor of Film Studies in the Media Arts Department at Royal Holloway, University of London. From 2006 to 2008 she was Project Leader of the international Research Network Migrant and Diasporic Cinema in Contemporary Europe, which was also funded by the Arts and Humanities Research Council. Her research and teaching interests include national and transnational cinema, migrant and diasporic film cultures, German cinema, the relationship between film, history and memory discourse and representations of the family. Her publications in the field of migrant and diasporic cinema include Far-Flung Families in Film: The Diasporic Family in Contemporary European Cinema (Edinburg University Press (2013), European Cinema in Motion: Migrant and Diasporic Film in Contemporary Europe (co-edited with Claudia Sternberg, Palgrave 2010); a special issue of New Cinemas entitled Turkish German Dialogues on Screen (2009); and various journal articles and book chapters on diasporic aesthetics, home-seeking journeys in the films of Fatih Akin, representations of patriarchy in Turkish German cinema, wedding films and queering the diasporic family.

Robert Pichler holds a MA and a PhD in history from the University of Graz where he also received the venia docendi for Southeast European History. Since 2017 he is a researcher at the Department for Balkan Studies at the Austrian Academy of Sciences. He is co-editor of the interdisciplinary journal ‘Contemporary Southeastern Europe’ and head of the Centre for Balkan Societies and Cultures (CSBSC). He has published widely on Macedonia, including on family and kinship, migration and transnationalism, historiography and history teaching, as well as on upland communities in the Balkans and the social and political history of Kosovo. His most recent study is on return migration to Eastern Europe (Remigration to Post-Socialist Europe. Hopes and Realities of Return, ed. with Caroline Hornstein Tomić and Sarah Scholl-Schneider). In 2004, he received the Bruno Kreisky Award for the book Kosovo-Kosova. Der lange Weg zum Krieg. As a photographer, he works at the interface of documentary and art photography. 2011 he received the Holding Graz Photo Award for his series Nightmares and Nightingales.
https://www.oeaw.ac.at/inz/forschungsbereiche/balkanforschung/forschung/mobilitaet/

May Friedman, Ryerson University, School of Social Work and Graduate Program in communication and culture: May Friedman blends her passion for social work with the exploration of other fields, including motherhood studies, fat studies, and analyses of popular culture. She examines the ways that social work discourses intersect with other dominant discourses. Her publications include writing on digital media, transnationalism, motherhood, non-normative bodies, gender fluid parenting and many other interests and topics. Her books include Mommyblogs and the changing face of motherhood (University of Toronto Press, 2013, winner of the 2015 Outstanding Scholarship Prize awarded by Women’s and Gender Studies et Recherches Feministes, Canada), Growing up transnational: Identity and kinship in a global era (University of Toronto Press, 2011) and Click and Kin: Transnational Identity and Quick Media (University of Toronto Press, 2016)—both co-edited with Silvia Schultermandl. Together with Silvia Schultermandl, she is developing the Palgrave Series on Mediating Kinship, Representation, and Difference.

“Individuals typically learn their assigned place in hierarchies of race, gender, ethnicity, sexuality, nation, and social class in their families of origin,” argues Patricia Hill Collins in her study of the intersectionality of “race,” nationhood, and gender in racial/ethnic US American families. Hill Collins’s work shifts the focus from long dominant to less restrictive family models and their representation in literature, film, and other cultural and artistic expressions as well as in legal, economic, and social situations. There are two concurring trends in the study of family and kinship—the challenge to the “traditional” family model from critical race studies, ethnicity studies, queer theory, and feminism and the study of transnational kinship. Globalization—and its resulting mobilization of kinship structures—is a major factor for societal changes that push the limits of family concepts founded in parameters of Whiteness, heterosexuality, patriarchy, ability, and affective individualism. In the same vein, ethnicity as a cultural and social construct has an impact on a sense of belonging which shapes family and kinship patterns and practices of relating to collective memory and cultural heritage. If kinship, according to Linda Stone, is “an ideology of human relationships” which highlights the “cultural ideas about […] the nature and meaning of their biological and moral connections with others” (6), it is also a framework through which to investigate the intersection of other factors such as “race,” religion, gender, sexual orientation, class, language, and geography.

Taken together, queer, feminist, critical race theorist, and transnational revisions have liberated discussions of family and kinship from pressing assumptions about family values. The breadth of scholarship on ethnicity and kinship furthermore centers on present and historical counter-narratives to discursively and ideologically constructed family ideals. In particular, in times of increasing instrumentalization of “the family,” approaching notions of family, community, and difference from interdisciplinary angles facilitates engaging scholarship which focuses both on the way we are not and “the way we never were” (Stephanie Coontz).

The 2018 MESEA conference seeks to explore this diversity of approaches to ethnicity and kinship by inviting paper proposals from all disciplines and perspectives. Potential paper and panel submissions can but are not limited to work around the following topics:

Proposals should be submitted to our website at www.mesea.org between August 20 and November 30, 2017. Submitters will receive notification of acceptance by January 1, 2018.

Preference will be given to complete panel proposals with an inter/transdisciplinary and/or transnational focus. Panels may not include more than 2 participants from the same institution. Presenters must be members of MESEA or MELUS in 2018.