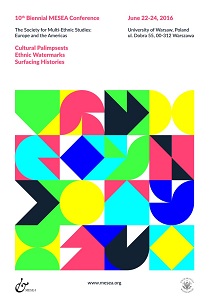 When the Spaniards discovered this land,
their leader asked the Indians how it was called; as they did not understand him, they said uic athan,
[or: uuyik a t’aan] which means ‘what do you say’ or ‘what do you speak’ that ‘we don’t understand you.’
And then the Spaniard ordered it set down that it be called Yucatan
Antonio de Ciudad Real 1551–1617 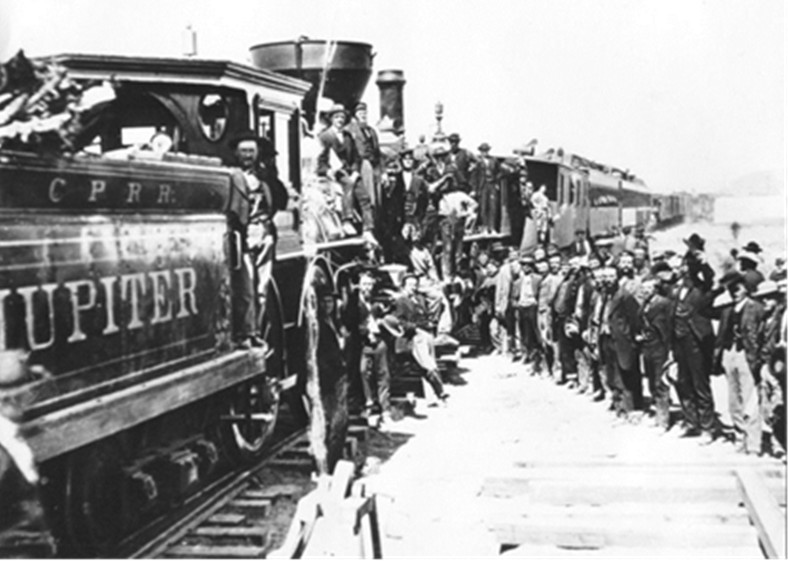 The epigraph from Antonio de Ciudad Real’s text invites an ironic—and, we would suggest, a palimpsestic—reading: rather than indicating puzzlement, as the sixteenth-century friar suggests, the indigenous people’s response can be read as a challenge to their Spanish colonizers. Like a palimpsest, de Ciudad Real’s colonial text involves, and upon scrutiny reveals, a deeper layer of meaning, in which the invaded call into question the presence of their invaders. Similarly, a palimpsestic reading of the famous photo of the opening ceremony of the Transcontinental Railroad in 1869 makes visible the conspicuous absence of the Chinese immigrants and the violent erasure of their nation-building labor from the visual archive. Ethnic texts, too, can be read as complex palimpsests, in which different textual layers produce competing narratives that challenge hegemonies and national narratives. The figure of the palimpsest has also been used by Daniel Cooper Alarcón in relation to the significance of Aztlán to Chicano/a cultural identity. Alarcón has argued that the “palimpsest’s structure of interlocking, competing narratives has the advantage of preventing the dominant voice from completely silencing the others, thus encouraging scholarship to recognize and consider diversity.”

The 2016 MESEA conference in Warsaw will focus on ethnic and minority discourses that have undergone erasure, yet keep resurfacing, on cultural traces left by groups long gone that have been forgotten and silenced, as well as on cultural inscriptions left by those who have become visible and audible more recently. Yet, in addition to engaging with the archaeological hermeneutics of recovering submerged layers of ethnic meaning, we also invite scholars to engage in the perhaps more radical act of what Sara Dillon has called a “palimpsestuous” reading: a reading that attends to the ways in which multiple inscriptions and competing narratives are intertwined and produce complex meanings.

Proposals should be submitted to our website at www.mesea.org between August 15 and November 30, 2015. Submitters will receive notification of acceptance by January 1, 2016.

Preference will be given to complete panel proposals with an inter/transdisciplinary and/or transnational focus. Panels may not include more than 2 participants from the same institution. Presenters must be members of MESEA or MELUS in 2016.